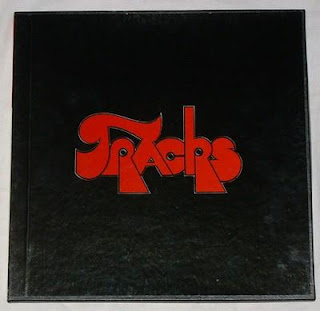 Tracks "All Along The Watchtower" 1969-74 on dailymotion 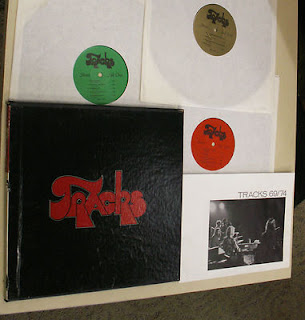 In 1968, the Night Watchmen (originally called The Embryos) combined with the Dartmouth jam band Ham Sandwich. After Logan and Calvert left the group, Pinkston and Wilkes recruited Peter Wonson (class of'68) and Ned Berndt ('72), along with Hanover residents Ken Aldrich and Skip Truman. They formed Tracks, which went on to record original material and become a "super popular" headliner in the New England music scene, says Logan.Review (of 1991 CD compilation): 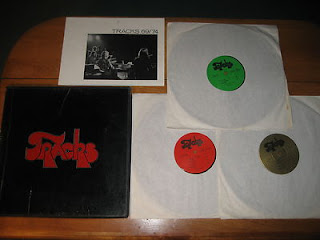 Not to be confused with Bowie guitarist Earl Slick's 1972 group on Capitol Records or a late-'70s Boston punk band fronted by Lori Doll, this Tracks reigned between 1969 and 1974 and had the distinction of being produced by Wayne Wadhams, lead singer of the Fifth Estate (which hit with "Ding-Dong! The Witch Is Dead" in 1967). Along with a unique version of Dylan's "All Along the Watchtower," this ensemble comes up with a real sleeper in the tune "Pawnbroker" -- a strong, methodical ballad featuring great vocals and interplay from the guitar and keyboard that put it in a league with the legendary Modern Lovers. "Bottleneck" is another excellent track, recorded by producer Wadhams at the prestigious Orson Welles Film School outside of Harvard Square where Willie "Loco" Alexander and Walter Powers created their post-Velvet Underground tapes in 1974. Wadhams' March 1991 liner notes on this treasure help put things in perspective, though the four-page booklet and highly informative back cover are all the press record collectors are likely to find on a band that hardly got the attention of the aforementioned Modern Lovers or, for that matter, Aerosmith, the Sidewinders, Moulty & the Barbarians, Seatrain, or Barry & the Remains. "Expecting to Find You Gone" and "Whistling in the Dark Together" sound like the kind of music the Rowan Brothers were trying to make for Clive Davis in 1972, Peter Rowan emerging from Seatrain and Earth Opera during the time this Tracks was making noise. The band was perhaps a bit too progressive to grab the underground chic enjoyed by Andy Paley's Sidewinders or Jonathan Richman's musings -- and with "Mexican Bird" not being a hit single, there would be no resurgence like the Barbarians' track "Moulty" received on the Nuggets collection (come to think of it, Tracks' producer did have a hit, yet never got that all important Nuggets stamp of approval). A song like "Lethargy" would have most likely remained forever in obscurity without this Boston Skyline compilation bringing it and other selections back into circulation. The Very Best of Tracks is not your typical artifact from the days before New England's new wave movement, but it is quite a find. And if you can't find it, is a good place to start..... by Joe Viglione .... 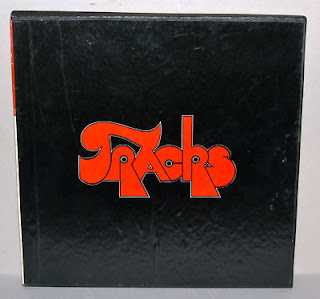 this band sound quite accomplished though I must say it certainly sounds a little too commercial to my liking in the sense of too much singing, and thus an appeal to radio friendly listeners,  I have not heard anything other than what is on the CD comp release.  The tracks chosen are the "best" of Tracks so does that mean that they picked the tracks that were the most accessible to a wide audience?  And are these the best tracks of the remainder of the material on the 3 LP set.OR are there heavier prog and psych tracks which are more interesting or diverse and less commercial.  This is what I'd like to know. If someone out there can let us know that would be great.  And if so, maybe a Download if not a new comp with the rest of the tracks creating a Vol 2 would be great. Its intriguing thought that makes this whole collecting thing exciting and interesting and alive. ... gypsytrypz ... 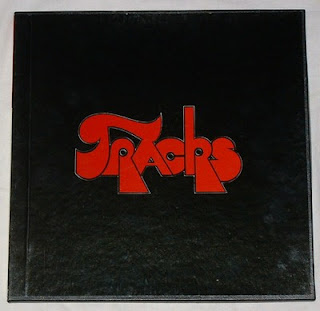 Russell Pinkston:In the spring of 1969, my junior year at Dartmouth College, I dropped out of school to play full time with a rock band called “Tracks.” For the next five years, through various incarnations of the group, Tracks played all over New England in night clubs, fraternities, high school proms, and the occasional “big time” rock concert. We opened for acts such as the James Gang, Canned Heat, The Chambers Brothers, and Tom Rush, and by the time we broke up in 1974, we had recorded three full albums of original music. Although we had a couple of offers from producers, we never got signed by a record label, so soon after we called it quits, we made a triple album of our demo tapes as a “going away present” for our fans. The album is something of a collector’s item at this point and there are still some copies floating around in flea markets, or so I hear. The picture from the front cover of the album booklet shows, from right to left, Ken Aldrich (organ), Ed Kistler (electric piano), Ned Berndt (drums), Bob Neale (bass), and yours truly on guitar. The picture from the back cover of the album booklet shows the farmhouse we lived in for most of that time, in Hartland, Vermont. There was a barn right across the driveway, where we practiced and stored our gear. It was a great place to live and work, although as you can see from this picture, it could get pretty cold! But we had a big wood stove, a fireplace, a Steinway grand in the living room that we rented (for $25/month!) from a local music store, and a huge oak dining room table where we all ate really good food, because one of our roadies was also a chef! Those were the days! I was fortunate to play with some very talented musicians during those days, who were also really great people: Ken Aldrich, Ned Berndt, Steve Calvert, Eddie Kistler, Peter Logan, Dan Morgenroth, Bob Neale, Dominic Puccio, Skip Truman, Jeff Wilkes, Peter Wonson, and our producer and mentor, Wayne Waddhams. About 15 years after we broke up, Wayne and Ned produced a CD called “The Very Best of Tracks,” which was released on the Boston Skyline label. You can still find a few copies of that for sale, if you look hard enough. 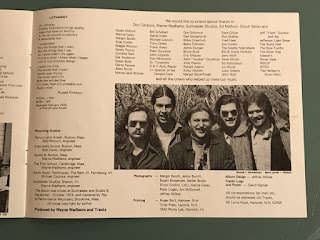 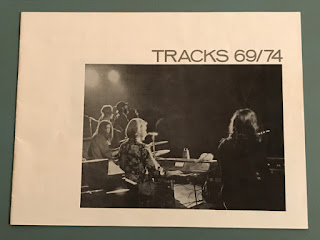 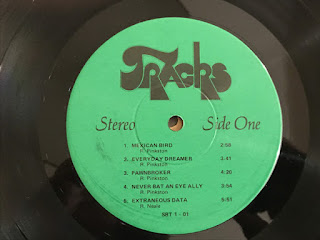 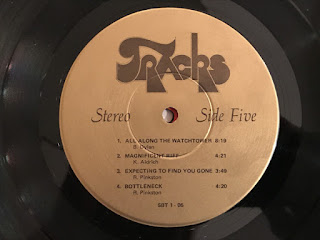 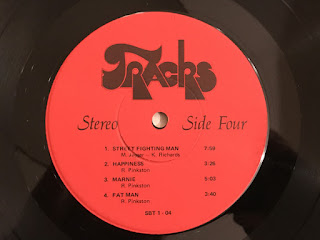 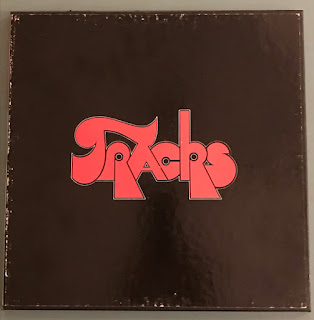 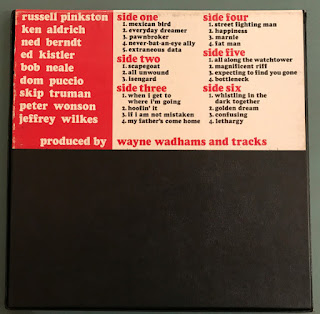 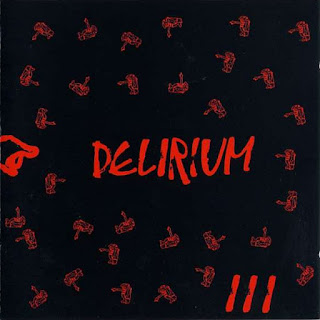